SERMON for the 12th SUNDAY in ORDINARY

‘As many of you as were baptised into Christ
have clothed yourself with Christ.’ (Gal.3.27)

INTRODUCTION
I always feel sorry for the pigs …  After all, they’d done nothing wrong, just that they are unclean in Jewish – and Muslim – eyes so were an appropriate means of disposing of those tormenting demons.  Poor pigs.
But after I'd stopped worrying about them my attention was caught by the way the man they had plagued suddenly ceases to be naked and becomes ‘clothed and in his right mind’ –  it recalled, for me, the way in which Paul wrote to those Galatians of the importance of being ‘clothed in Christ’.  Today we might say that the man was suffering from a mental illness and have him committed to a psychiatric unit to stop him from self-harming.  ‘There’s something wrong with his head’, as my mother might have said.  But then he was diagnosed as being possessed by demons – something affecting us at a far deeper level than the head.
These days we’re suspicious about such claims and regard the mind as controlling much of our behaviour.  We like to consider that we live in a rational society yet it’s clear we’re driven by far more visceral things.  You only have to look at the way the world reacts to so many issues to know that such re-actions have nothing to do with the rational but are driven by far deeper conflicts – conflicts centred in what we call the ‘heart’ – not the beating organ in our chest, nor simply the feelings we have, but that indefinable place within which is the centre of our being – where our thoughts, emotions and beliefs meet and from where we – unthinkingly – respond and react.  The society in which Jesus lived realised that only too well, and the scriptures are full of reminders of the need to create a ‘new heart’.  So, in the Book of Proverbs we read:

‘Above all else, guard your heart, for everything you do flows from it.’ (Prov.4.23)

And “Blessed are the pure in heart”, said Jesus, “for they will see God.” (Matt.5.23)  Sadly it’s clear that, for many people, rational appeals don’t work – you have to appeal to the heart – which can easily become corrupted – ‘create in me a clean heart, O God, and renew a right spirit within me.’  That’s why Christ – who descended from the Heart of God and reached into the world’s heart – speaks into that place, rather than the head – to that place where, if we ‘sit’ there, we can learn the deepest truths.

CHRISTI AND SACRED HEART
I mention all this because today lies between two of the great, but often neglected, feasts of the Church, Corpus Christi and the Sacred Heart.  Both speak into the consequence of being ‘clothed in Christ’, which happens at our Baptism, for they invite us to give attention to the real presence of Christ – Christ before our eyes in the Blessed Sacrament and Christ reaching out into our hearts from His own Most Sacred Heart.  It’s one thing to take on the mantle of being a Christian, to say ’I believe’, but what we then need to do is to ask to be drawn deeper into Him.

THE SACRED HEART AND ANGLICAN DEVOTION
We all know the importance of the image of the heart – from those printed on Valentine’s cards to one’s made with your fingers to express a feeling:

In spite of that, the Church of England ignores the great Feast of the Sacred Heart even though it’s been the object of inspiration and devotion for centuries, not least in medieval English devotion.  Back in the early 11th century St. Aelred of Rievaulx, the great Cistercian, wrote extensively about ‘Spiritual Friendship’ and maintained that the highest kind of friendship, that friendship which God invites us into, is a selfless communion of hearts (1.45)  Later, in the 14th century, Julian of Norwich – who lived in a cell attached to a church in that city and the first woman to write a book in English – described, in ‘Revelations of Divine Love’, how Jesus showed her, through his pierced side:
‘a fair, delectable place,
and large enough for all mankind that shall be saved

And that place is His Heart.  That’s what makes this week’s Feast so important for it concerns the way in which the heart of each of us needs to be re-made, re-shaped and re-focussed into the Heart of God.  That’s where we are called to live out of – God’s compassionate, loving heart.

THE STORY OF THE SACRED HEART
Devotion to the Sacred Heart began to flourish more widely when, in 1673, a young French sister of the Visitation Order, St Margaret Mary Alacoque, received a number of revelations concerning Christ’s love.  In a vision she was invited to rest her head on the Heart of Jesus and, in so doing, gave fresh impetus to that devotion which quickly swept the world, a devotion to which this month of June is dedicated.  Yet for many all this talk about Sacred Hearts and the art often associated with it seems very flamboyant, distasteful even.  We don’t do emotion.  And that was a particular problem after the Reformation until some began to realise that in ignoring the heart, Christianity was suffering.  Then along came John Wesley.
It was consequent to his heart being “strangely warmed” that the Evangelical Revival could be said to have blossomed.  That ‘warming’ occurred when he heard a description of the change God works in the heart through faith in Christ.  There’s evidence that Wesley was drawn to devotion to the Heart of Jesus, not least because he arranged for the re-printing of a book about the Sacred Heart by Thomas Goodwin, a famous 17th cent. puritan (well, famous in the 17th century …).  Fifty years later one of the most popular hymns we sing was published which contain these lines:

ALL ye who seek a comfort sure
In trouble and distress,
Whatever sorrow vex the mind,
Or guilt the soul oppress,

Jesus, who gave himself for you
Upon the cross to die,
Opens to you his sacred heart;
O to that heart draw nigh.

These words help inspire the first, lasting community for women in the Church of England to be dedicated to the Sacred Heart.  From their members Florence Nightingale chose four sisters to nurse in the Crimea – but the name proved too controversial and was eventually changed. Fifty years later, in 1897, a group of men, under the inspiration of St Francis, dedicated their community to the Divine Compassion, which is another way of speaking about the Sacred Heart, but one which is far more acceptable to some Anglicans!

One of its members was Fr. Arthur Shearly Cripps who became a mission priest in what is now Zimbabwe.  He had such a deep sense of compassion for the black Africans amongst whom he lived that he became known as the ‘S. Francis of the African Countryside’ and wrote this moving devotion to the Sacred Heart:

O Heart of Jesus, Sacred, Compassionate,
Anguish it was, yet anguish that was bliss,
To love them heart to heart, each selfish heart,
To clasp them close, and pray in utter truth –
‘Father, forgive, they know not what they do.

COMPASSIONATE HEART OF JESUS
Recently someone wrote to me about the way she realised her heart was growing harder:

‘About six years ago’ she said, ‘I became troubled that my heart was becoming like stone, and I made a conscious choice to change this situation.  I knew that   only God could help me on this one, and He did.’  She went on to observe: ‘I’ve noticed that, as some people get older, they become increasingly bitter and resentful about what life hurls at them.  They may even choose to  have hatred running in their lives.  It sort of energises them and keeps them going.’

I had noticed something similar in some people’s attitudes towards those of other nationalities – and especially towards refugees and immigrants – following Brexit, so was heartened to read Pope Francis assertion that:

“Jesus’ only judgement is one filled with mercy and compassion.”

Yet re-making one’s heart isn’t easy, which is why the need to do so lies at the heart of our faith and why, for example, St Benedict made ‘conversion of life’ one of the Vows of his Order.  You and I can find we have a stubborn heart which can refuse such a conversion until we simply say – I abandon myself to you, my God.

CONCLUSION
In the end devotion to the Sacred Heart is simply about making my heart – the centre of my being – like Christ’s, nurturing within oneself His love and compassion.  I’ve sometimes heard people speak in a rather smug and disparagingly way about the bright red image of the Sacred Heart.  But crowned by the cross, surrounded by fire and encircled with the Crown of Thorns it offers an image of costly, Divine Love quite at odds with Valentine’s hearts.  Yet some people say: how tasteless! Too explicit; too graphic – especially when Jesus is shown holding it out for our gaze.   Even so it clearly touches and provokes a response in hearts that are simpler and unbiased. When, for example, during a school retreat a child was asked why Jesus’ heart should be shown outside His body he simply replied: “Because he loves us so much, he can’t keep it in.”
Ours isn’t a faith primarily determined by logic or rationality, but by Godly love: ‘By love can He be gotten and holden,’ wrote the author of the important 14th century English work, The Cloud of Unknowing, ‘but by thought, never.’  You and I are called to ‘stand before God with the mind in the heart and to go on standing before him unceasingly day and night until the end of life’ (Theophan the Recluse: 1815-1894)
Stand in the mystery of our heart and the Heart of Christ, something we ignore at our peril.  We may not celebrate the Feast, but we need to be centred in the Heart of Christ, the Heart of God, if we’re to have ours re-made.  If we are to be the men and women we have the potential to become, a potential that’s like a seed in the ground, then we need to cultivate the heart, the heart of our being, and not just our brains!  I wish there were a Shrine to the Sacred Heart here and in every church!  An image to which children – people – could be taken and told: Behold, our Faith!  An image that would challenge us to ask ourselves – what would it be like to have a heart like His?  How can my heart become more “sacred”?  For, in the end, the Sacred Heart is about understanding Jesus’s love for me and all people and inviting me to love others as He did.

O dearest Lord, thy Sacred Heart
with spear was pierced for me;


O pour thy Spirit in my heart


that I may live for thee.
Posted by John-Francis Friendship at 1:25 pm 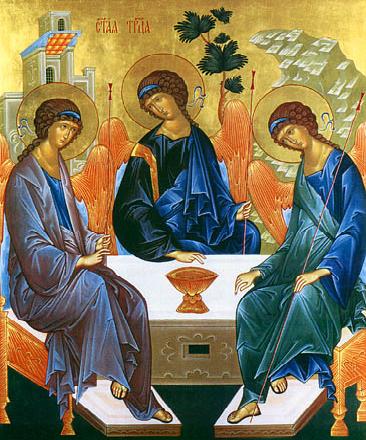